From the couch to combat

“For good luck,” Zamora explained before his CH-53E Super Stallion took off to conduct drug raids in southwestern Afghanistan May 17. His brother-in-law collects the tiny cars and Zamora said that, while Chevrolets are his favorites, they all remind him of home.

On his third deployment, flying with Marines and Afghan National Army military police personnel to stop drug trafficking in the volatile region is just another day at the office for Zamora.

The 31-year-old father of three, enlisted in the Marine Corps in 2004 after seeing service members on the news doing good things, he explained.

“I was just sitting on the couch, playing video games,” Zamora said. “My whole family is fishermen; I’ve been around the water my whole life. I wanted to be in the air.”

Zamora has come a long way from playing video games on the couch, to helping Marines and ANA personnel seize illegal drugs and weapons from insurgents in Afghanistan.

“I’m concerned about the area I’m going to be operating in, whether it’s night or day, and when the last enemy engagement was in that area,” Zamora explained, elaborating on the worries he now has. 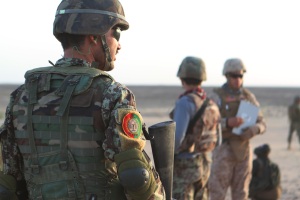 On a deployment in 2010, those concerns became a harsh reality when Zamora’s helicopter was hit with a rocket-propelled grenade.

“We did an emergency landing, checked all of our systems and gauges,” said Zamora. “There was a huge hole in the belly [of the aircraft], our landing gear was damaged and there was shrapnel in the blades. I’m just glad we all got back safely.”

Despite facing RPGs and other attacks, Zamora remains dedicated to accomplishing any mission asked of him.

“Anything can happen at any time,” said Zamora. “I just hope the cargo gets from point A to point B safely and on time…we try to put that food, water, ammo and anything they need right at [the ground combat elements’] doorstep.” 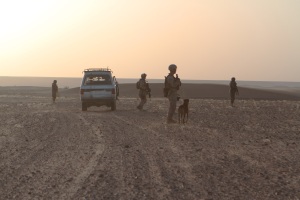 “It went pretty smooth. We were able to stop the cars and the people weren’t hostile,” said Zamora.

“The crew members are very flexible to the ground element’s requirements, and they are always willing to assist us in accomplishing the mission,” said Pinales. “During these missions, both the ground element and the aviation element work as one team.”

Zamora has several more months left in country, and explained that he hopes to continue the squadron’s record of successful missions.

The crew chief said that he is looking forward to seeing his wife and children again, and perhaps a new Chevrolet Camaro, just like one of his lucky cars.